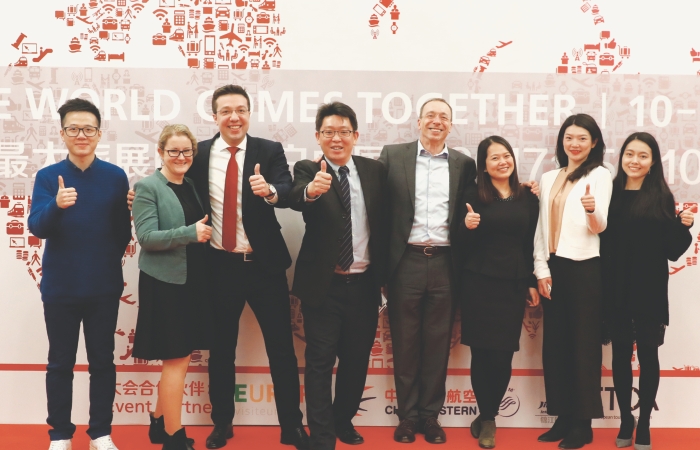 The second ITB China held in Shanghai was bigger and better with 15,000 buyers and visitors. Compared to the inaugural event in 2017, the gross exhibition space as well as the number of attendees rose by 50 per cent this year.

Around 800 buyers marked their participation at ITB China this year, marking an increase of more than 30 per cent in the number of buyers compared to 2017. Chinese buyers from over 300 companies from across the country represented the full range of China’s largest industry players. 73 per cent of the Chinese Leisure, MiCE and corporate buyers came from mainland China (outside Shanghai), 24 per cent from Shanghai province and the remaining 3 per cent from Hong Kong, Macau and Taiwan. More than 15,000 pre-scheduled appointments maximised the business opportunities of both exhibitors and buyers. The organisers launched a completely new matchmaking system perfectly catering to the needs of both exhibitors and buyers using desktop, mobile, APP or WeChat interfaces.
“With 700 exhibiting companies from 80 countries as well as 15,000 attendees and China becoming the driving force for the growth of the global travel industry, ITB China is establishing itself as the mustattend event for anyone looking to establish a strong presence here. The results are remarkable considering it is only the second show. The performance is a strong base which promises even more growth next year”, said Dr Christian Göke, CEO, Messe Berlin.
Lu Jun, Managing Director, China Travel Group Shanghai said, “ITB China set high standards in terms of the quality of both exhibitors and buyers. As a member of the China National Travel Service, I felt honoured to attend this year’s show. I believe that this will lay a solid foundation for future communication and cooperation with domestic and foreign counterparts, which we expect will come very soon”.
Lin Yan, Senior Vice President, Utour Group Co said, “ITB China expanded 50 per cent over the last year and the event has developed rapidly. Both exhibitors and buyers are highly dedicated, especially buyers, which shows that the organisers of ITB China boasts indepth knowledge on the Chinese market. Exhibitors presented highly differentiated products.”
ITB China 2019 will be held from May 15-17, 2019 at Shanghai World Expo Exhibition and Convention Centre.