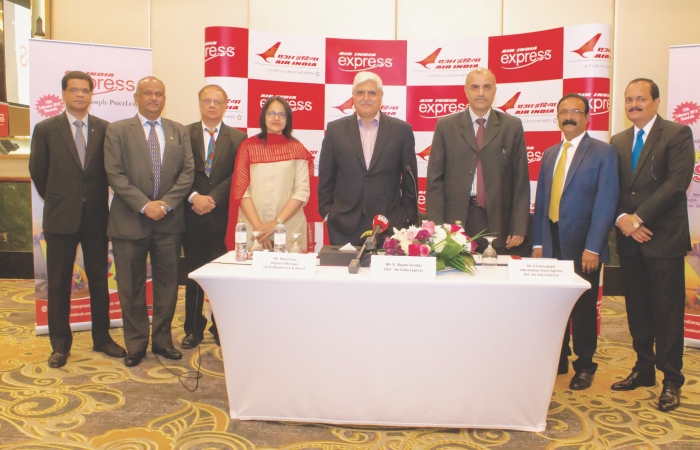 The low-cost carrier has been growing its wings exponentially over the Gulf region. K Shyam Sundar, CEO, Air India Express, shares plans for the new year with new routes for the region.

Air India Express launched its first international operations recently from Sharjah to Surat with a twice-weekly service. K Shyam Sundar informed that the service will be the 47th direct connection of Air India Express between India and the Gulf region. “Flight IX – 172 will depart from Sharjah at 7:35 pm and arrive in Surat at 11:45 pm on Mondays and Saturdays. Flight IX – 171 from Surat to Sharjah will depart from Surat at 12:30 am with arrival into Sharjah at 02:15 am on Tuesdays and Sundays. The service will be upgraded to four flights a week in the summer schedule. The Sharjah-Surat service will be on Mondays, Wednesdays, Thursdays and Saturdays and in the return directions, the service will operate on Tuesdays, Thursdays, Fridays and Sundays,” Sundar said.
Air India Express is set to further expand its operations in its summer schedule from March 31, 2019. Operating with a fleet of 25 Boeing 737-800 NG aircraft, the airline will have 653 weekly departures in the new schedule as against 621 departures per week currently. Sundar further informed, “Summer 2019 will witness additional capacity being deployed to strengthen the network between the Gulf and Kerala. The airline will operate five flights on the Kozhikode-Riyadh sector in the summer schedule of 2019 instead of the present four services per week. The additional flight will operate on Fridays at the existing timings.”
Sundar reiterated that Kannur-Sharjah will become a daily service from Sharjah and would also offer two flights from Abu Dhabi, making it a five-day service. The year 2018 witnessed addition of two more aircraft, bringing the total fleet strength of the airline to 25 Boeing 737-800 NG aircraft. The airline has plans to further expand its fleet with necessary approvals. UAE continues to be the most important market for Air India Express with services to/ from UAE accounting for about 65 per cent of the airlines’ capacity and revenue.