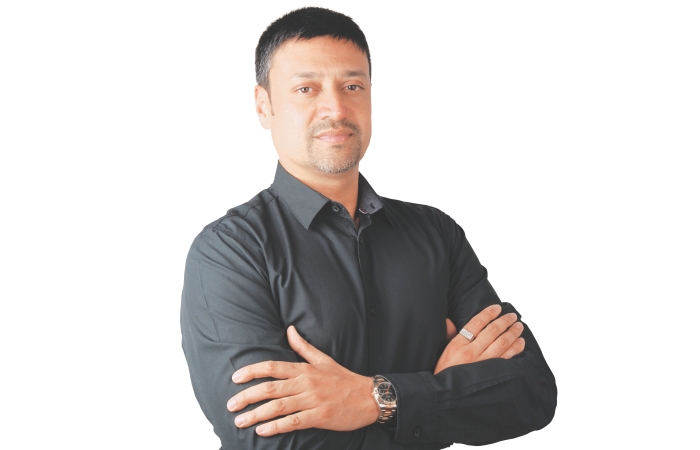 Stalwart in the travel industry

Arijit Munshi, General Manager of Tune Protect, EMEIA, is no stranger to the travel and hospitality industry within and out of the region. The winner of Arabian Travel Awards for two consecutive years, Munshi ensures that the Tune Protect brand presence is felt throughout the region.

Taking reins as the General Manager for Tune Protect EMEIA Commercial Brokerage LLC since 2014, an online facilitator of travel protection products via strategic partnerships within the region, Munshi has been in the forefront promoting travel protection  to  meet the needs of today’s travellers.

Face of Tune Protect
Fondly known as ‘Ori’ in the travel fraternity, he has been instrumental in setting up Tune Protect within the region encompassing Europe, Middle East, India and Africa. He states, “Tune Protect EMEIA strives to become a leading digital protec- tion facilitator within the region offering unique value propositions to clients and business partners through its avant garde approach and robust use of digital technology. With the help of our local partners, we are able to customise SMART travel protection plans to meet the needs of discerning travellers in the region. Tune Protect EMEIA travel assurance products are available through a network of authorised travel business partners in the Middle East, India as well as other parts of the region.”

Travelport
Before joining Tune Protect EMEIA, Munshi was part of the commercial team of Travelport for both Global Distribution Systems (GDS) i.e. Galileo and Worldspan, covering Middle East, Levant and Pakistan. From 2007 to 2014, his stint included managing GDS as well as online business.

Marriott International
Munshi also held major responsibilities during his tenure at Marriott International for a little over five years right before joining Travelport. His career started there with being responsible for Electronic Distribution (e-Commerce) & Travel Management Companies for the Middle East Africa & Sub-continent based in Dubai, UAE.

Experience at dnata
And before Marriott International, Munshi was working for almost one-and-a-half years at dnata, where Munshi’s core responsibilities involved looking after the relationship with the regional partners, giving them support in marketing, branding, product development, development of corporate segment related to global & regional corporate accounts, as well as support in the area of e-Commerce.

KLM Royal Dutch Airlines
Munshi’s stint in the Middle East, started with KLM Royal Dutch Airlines a year later after he joined them in India in 1995. He moved to Kuwait a year & a half later and ultimately settled in Dubai, UAE. In his career at one of the most prestigious airlines in the world, Munshi gained valuable experience over the five years he was with KLM serving various Commercial, Revenue Management roles.

Taking into consideration the experience in the wide spectrum of travel, Munshi has been a silent achiever for the past 20 years in the region.